by The Generation Me
September 9, 2014 Filed under:

Kris Kobach’s economic restrictionism and isolationism has harmed Kansas agriculture —  a top driver in the midwest.  He has been traveling across the country with his anti-immigrant campaign instead of putting his efforts that are in the best interest of Kansas and our Nation that rely upon competitive labor affecting thousands of industries.

The Kansas Livestock Association understand the economic impacts of Kobach’s economic isolationism when they supported Kobach’s Republican opponent during the GOP primaries citing: “Kobach strays beyond the traditional roles of secretary of state by taking up issues such as immigration and blocking federal environmental protections of the lesser prairie chicken.”

There are 65,531 farms in Kansas that sell approximately $14.4 billion in agricultural products.  Noncitizen farmworkers accounted for 16% of all farmworkers in Kansas between 2007 and 2011. According to one study, in 2020 an expanded temporary worker program – like the one provided by the Senate bill – would mean 757 new jobs for U.S. citizens and immigrants (including jobs not only in agriculture, but also retail trade, construction, and other sectors) in Kansas, and increase Kansas’s real personal income by $46million in 2012 dollars.

Therefore, we are signaling to key swing independent registered moderate voters to consider Jean Schodorf who is running for Kansas Secretary of State.  We believe Schodorf is a true moderate in light of being a former registered Republican.  We encourage business owners and farmers to vote their pocket book in order to secure Kansas’ future, and we are encouraged to hear Jean Schodorf is ahead in the polls.

Born on a Marine Corps base in North Carolina, Jean Kurtis Schodorf grew up 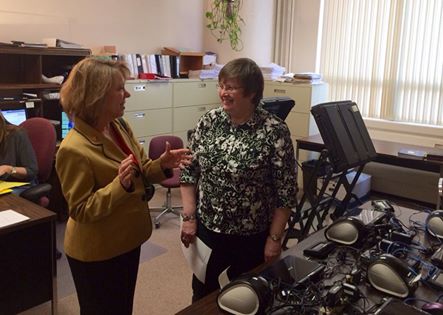 knowing the sacrifice and the service that comes with preserving our freedoms and protecting the American dream. Jean’s father, Brigadier General William Kurtis, was one of the Marine Corps’ first 1,000 aviators. His initial assignment was to search for fellow Kansan Amelia Earhart. After serving in World War II, Brigadier General Kurtis retired from the Marines, moving his family back to Kansas.

Jean and her brother, Bill, spent their childhood on the family farm in Independence, Kansas, and graduated from Independence High School. After earning a bachelor’s degree and a master’s degree in communicative disorders from the University of New Mexico, Jean returned to Southeast Kansas where she worked as a speech and language pathologist in the local schools. For the past 36 years, Jean has lived in Wichita where she raised her family and worked as a speech and language pathologist. After going back to school at WSU to earn a doctorate degree in communicative disorders, Jean continues to work as a speech and language pathologist with children and senior citizens in the Wichita area. For 12 years, she served on the Wichita School Board, including three years as board president.

Leadership in the Kansas Senate

Jean represented the 25th District in the Kansas Senate for over a decade. In the Senate, Jean earned positions as the Chair of both the Education committee and the Legislative Educational Planning Committee. She also served as Vice Chair of the Joint Committee on Arts and Cultural Resources and as a member of the Budget, Judiciary and Commerce committees.

As a leader in the Senate, Jean has authored several key pieces of legislation, including increased penalties for drunk drivers and financial literacy training for school-aged children. She has worked to secure economic development initiatives for Wichita and south central Kansas, including affordable flights from Mid-Continent Airlines, the National Institute of Aviation Research, the water recharge program, and funding for Cessna bonds and the Jabara Aviation Training Center.

As a State Senator, Jean also worked with the Wichita Police Department to spearhead anti-gang legislation, which has helped local law enforcement officers crack down on gang violence and keep our neighborhoods safe.